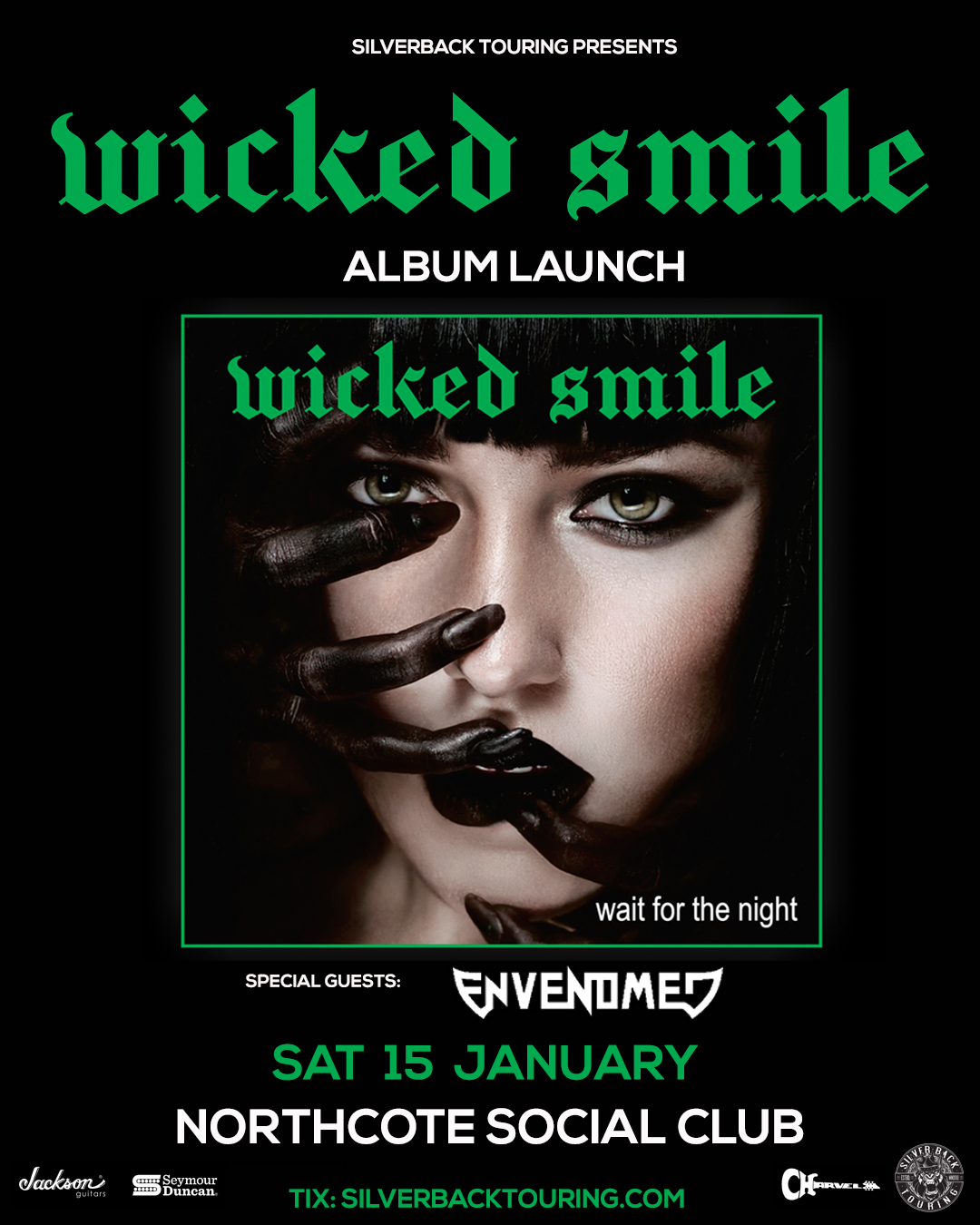 "WAIT FOR THE NIGHT" ALBUM LAUNCH

Silverback Touring is ecstatic to announce the signing of Melbourne metal band, Wicked Smile, to its agency arm, the Silverback Agency, for representation in the Asia Pacific region.

Its first course of business with the band is the announcement of a home town album release show for the bands debut album, “Wait For The Night”, which has seen an influx of rave reviews from around the world and is in contention as one of the hard rock and metal albums of the year. To date, world metal press including, Burrn!, Fireworks, Powerplay & Rock Hard Magazine have all given glowing reviews of the album which is quickly becoming a fan fave amongst metal and hard rock fans alike.

On the band, Silverback’s Danny Bazzi says, “Wicked Smile are a seasoned group of pro’s. They know their way around the business, they know their craft and they know how to deliver an album full of killer tracks. Their live show is where the band truely comes to life and we can’t wait to dig in and work with them in 2022 and beyond”.

The Wait For The Night album release show plays at Northcote Social Club on Sat 15 January.