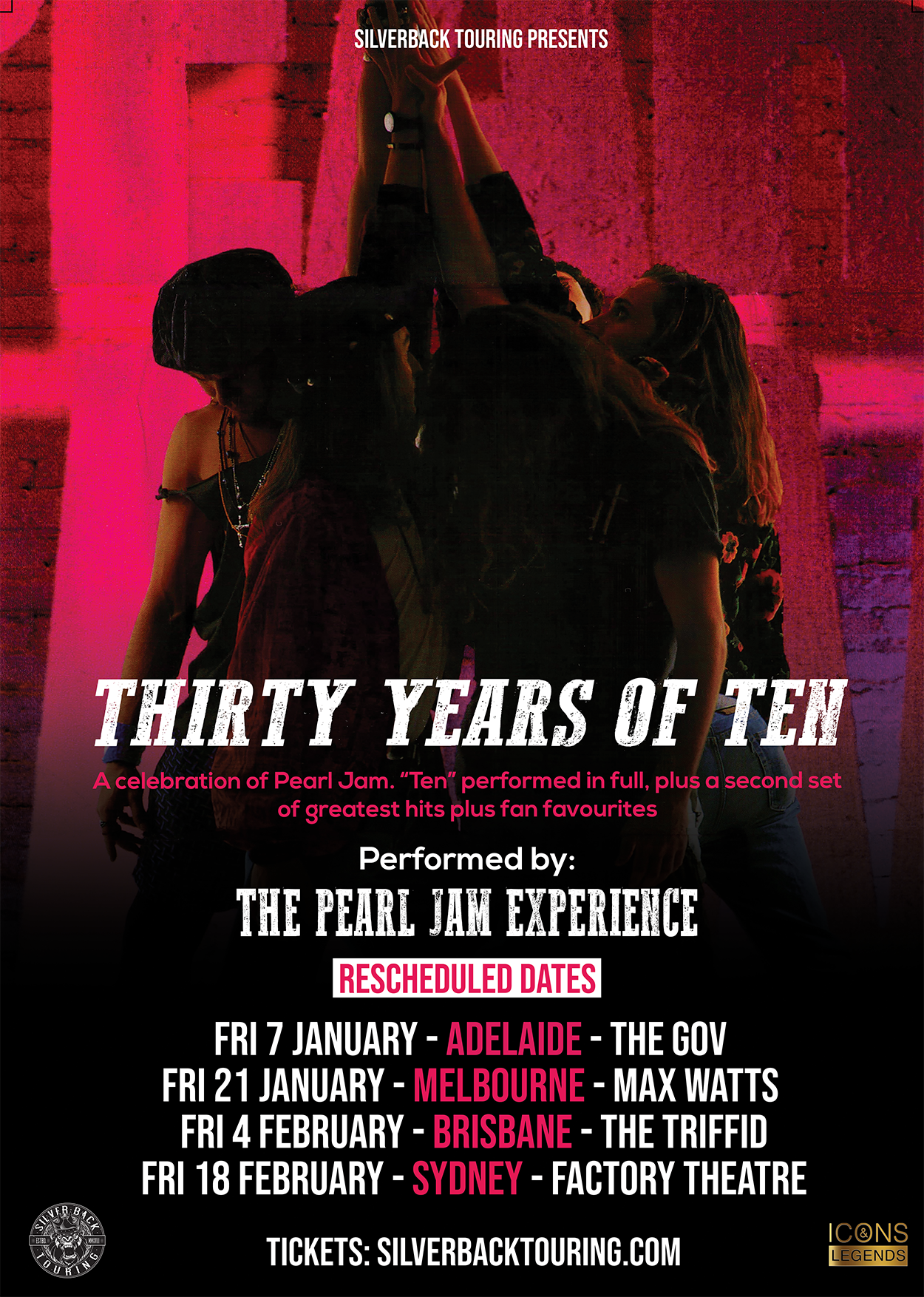 From a Seattle basement, through to the rock ’n’ roll hall of fame, Pearl Jam have stood the test of time and stand alongside other iconic Seattle bands, Nirvana, Soundgarden and Alice in Chains, as a band that changed the face of music, defined the nineties and continue, in 2021, to inspire generations of fans.

Their debut album, “Ten” appears in numerous “greatest albums of all time” lists and tops a Rolling Stone poll for the greatest debut of all time. The iconic album was a hit on world charts with millions of copies sold in every corner of the globe. It was the album that catapulted Pearl Jam into a world wide phenomenon and set them on the path that continues to see them selling out stadiums.

In 2021, “Ten” enjoys its thirtieth anniversary. Hard to believe but here we are, thirty years later with three of its biggest tracks, “Alive”, “Even Flow” and “Jeremy” remaining as mainstays on commercial and rock radio the world over.

To celebrate this epic milestone, Silverback Touring is stoked to present “Thirty Years of Ten”, a show celebrating Pearl Jam and this iconic album. “The Pearl Jam Experience”, hailing from Melbourne, have been paying tribute to Pearl Jam since 2013 and have forged a reputation as an accurate and true portrayal of their Seattle heroes.

As part of “Thirty Years of Ten”, the band will be performing the iconic “Ten” in its entirety as well as a second set of Pearl Jam greatest hits and fan favourites.

This is a must for any fan of Pearl Jam and the perfect opportunity to celebrate such an iconic band and album.