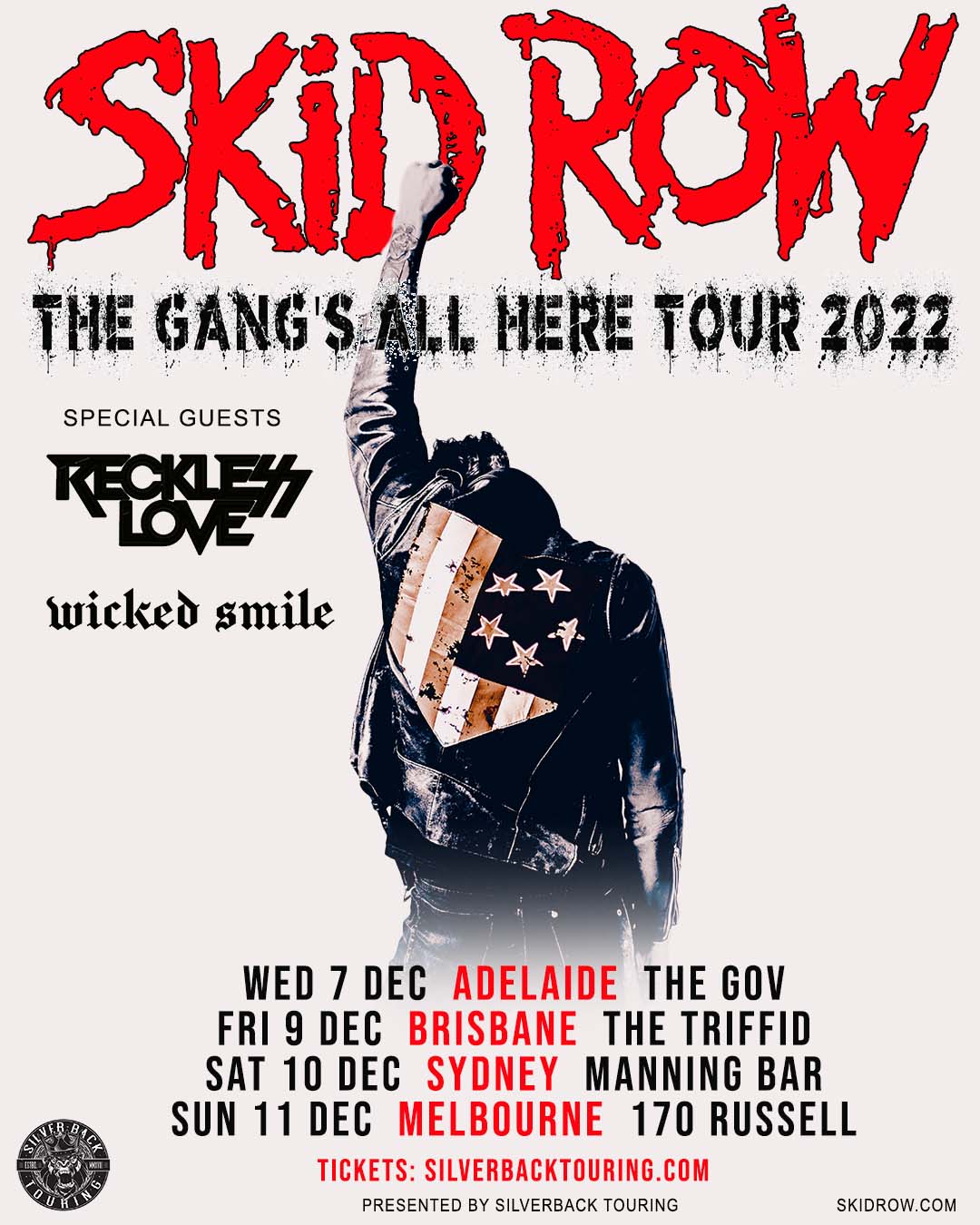 It’s a new era for Skid Row. With a new album, a new single and a world tour, the band has added a new voice as they welcome powerhouse vocalist Erik Grönwall, formerly from the band HEAT out of Sweden.

Fans received their first glimpse of Grönwall in Las Vegas on 26 March as the band took up a residency in support of The Scorpions and gauging from the live clips and online commentary surrounding the performance, the band, made up of Rachel Bolan (bass), Dave “Snake” Sabo, Scotti Hill (guitars) and Rob Hammersmith (drums) have a renewed vigour and energy with classic era Skid Row sounding better than it ever has.

What is most exciting for fans is the band has a new album recorded and gearing for a late 2022 release led by the brand new single, “The Gang’s All Here”, which has all the tell tale signs of the classic Skid Row sound.

Silverback Touring are pleased to announce that Skid Row will be returning to Australia for the first time since 2018. The band has enjoyed a three decade strong relationship with Aussie fans with their shows always receiving rave reviews and leaving fans gasping for more. Fans who are familiar with Grönwall will know the frontman for his dynamic vocal range and showmanship, the perfect match to the impressive unit made up Bolan, Sabo, Hill and Hammersmith.

Joining Skid Row will be Finnish melodic rock act, Reckless Love, who visit Australia on their first multi city tour downunder. The band, who enjoy a cult like following in Australia, come armed with a brand new album, “Turborider”.

Rounding out the line up are Australian hard rock band, Wicked Smile,  who in a short period of time have established themselves as one of Australia’s leading hard rock acts on the back of their dynamic live shows and brilliant debut album “Wait For The Night”.

Australia, you are in for a treat with a triple threat summertime hard rock.