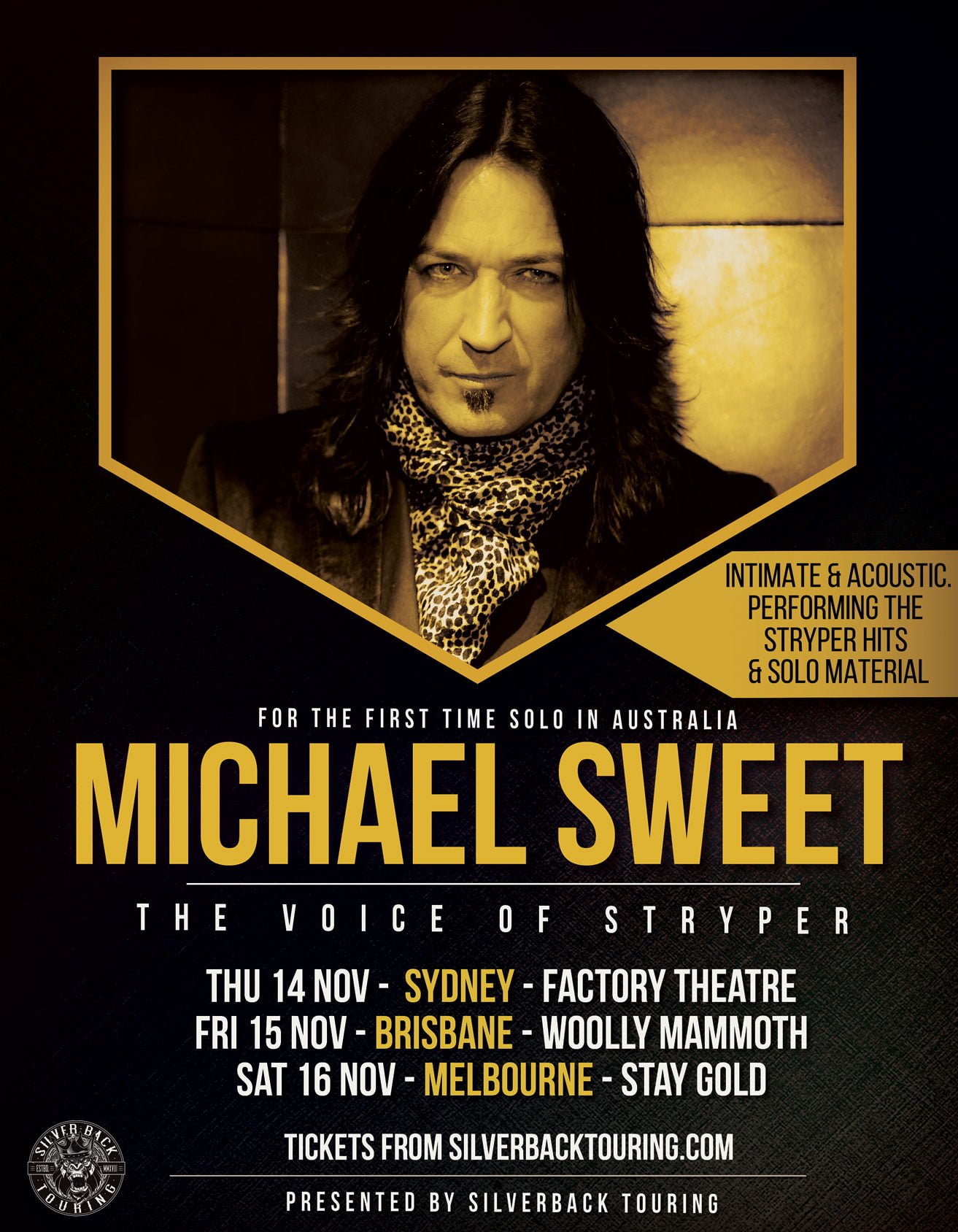 With a successful 2018 tour with STRYPER under his belt, MICHAEL SWEET is heading back to Australia, thanks to Silverback Touring for his first ever solo shows down under this November. Expect to hear the STRYPER hits, his solo material, plus a few surprises, and a story or two, in a series of intimate acoustic shows along the East Coast.

He’s fronted one of the most trailblazing groups of the MTV generation, written a stable of Billboard charting singles, filled arenas all the world over, said goodbye at the peak of it all, took stock in a thriving solo career, got the band back together for yet another record breaking run and even took a stint co-leading one of the most legendary classic rock acts ever, then you undoubtedly have a story to share. But there’s still much more to Michael Sweet than selling over eight million albums in STRYPER or singing and guitar slinging for BOSTON, including an equally riveting behind the scenes story packed to the brim with triumph, heartbreak and redemption!

These intimate shows with one of the best singers of his generation are not to be missed. These shows will be where memories are made and experiences not forgotten. Get up close and personal with one of rock’s true legends.

On sale from Wednesday 10 July at 10am AEST.