This is a sample text. You can click on it to edit it inline or open the element options to access additional options for this element.

The Rising Sun heads Down Under as legendary Japanese Metallers LOUDNESS hit Australia for the very first time thanks to Silverback Touring.

Formed in 1981; LOUDNESS became the first Japanese metal band to sign a multiple album deal with a major label. Their stunning energetic live show caught the attention of Atlantic Records.

Now some 33 years are still at the top of their game and still charting every album in their homeland.

They may be almost 40 years into their distinguished career but LOUDNESS remain one of the hottest live acts out there and now Australia gets the chance to witness LOUDNESS for the very first time. 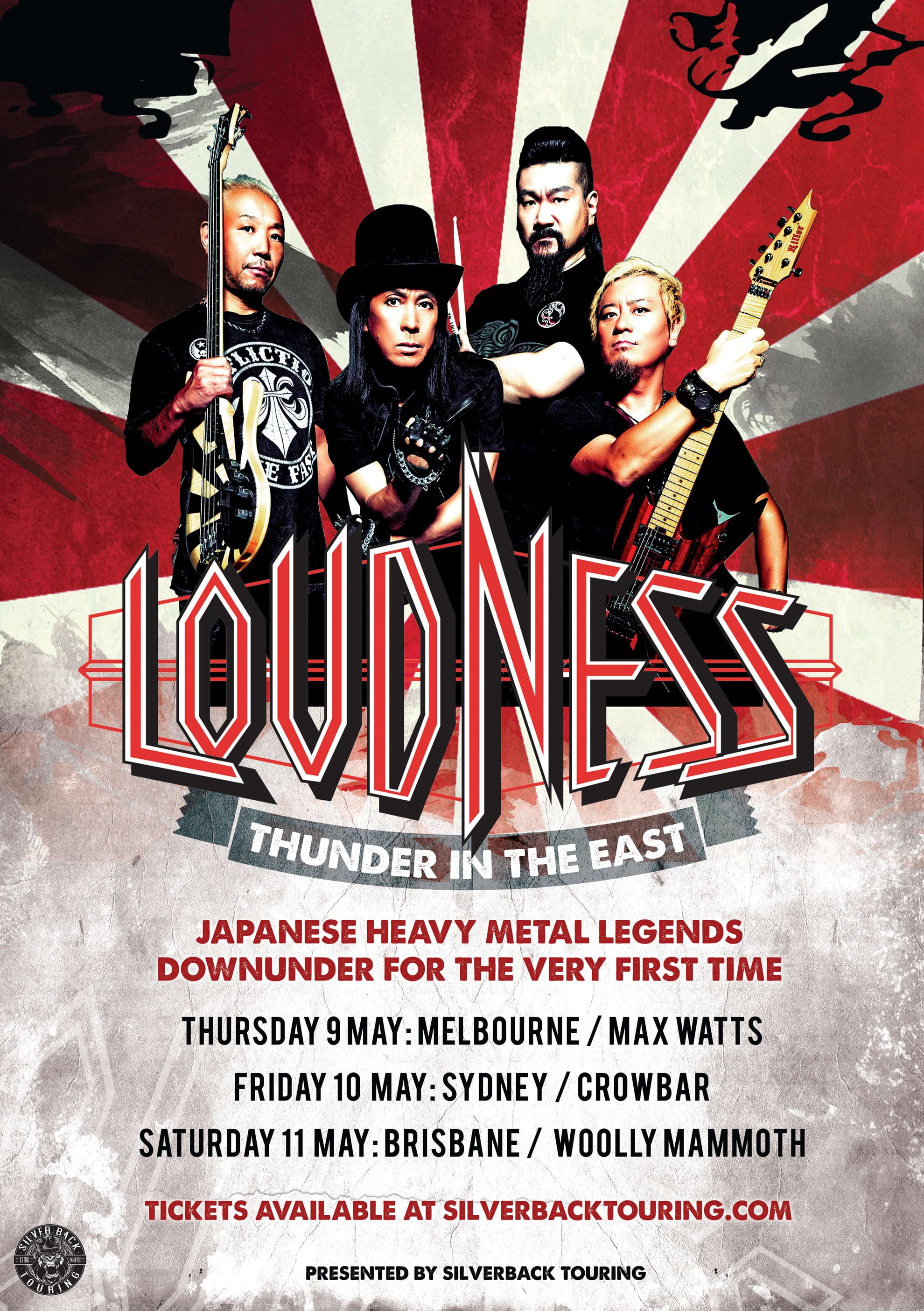