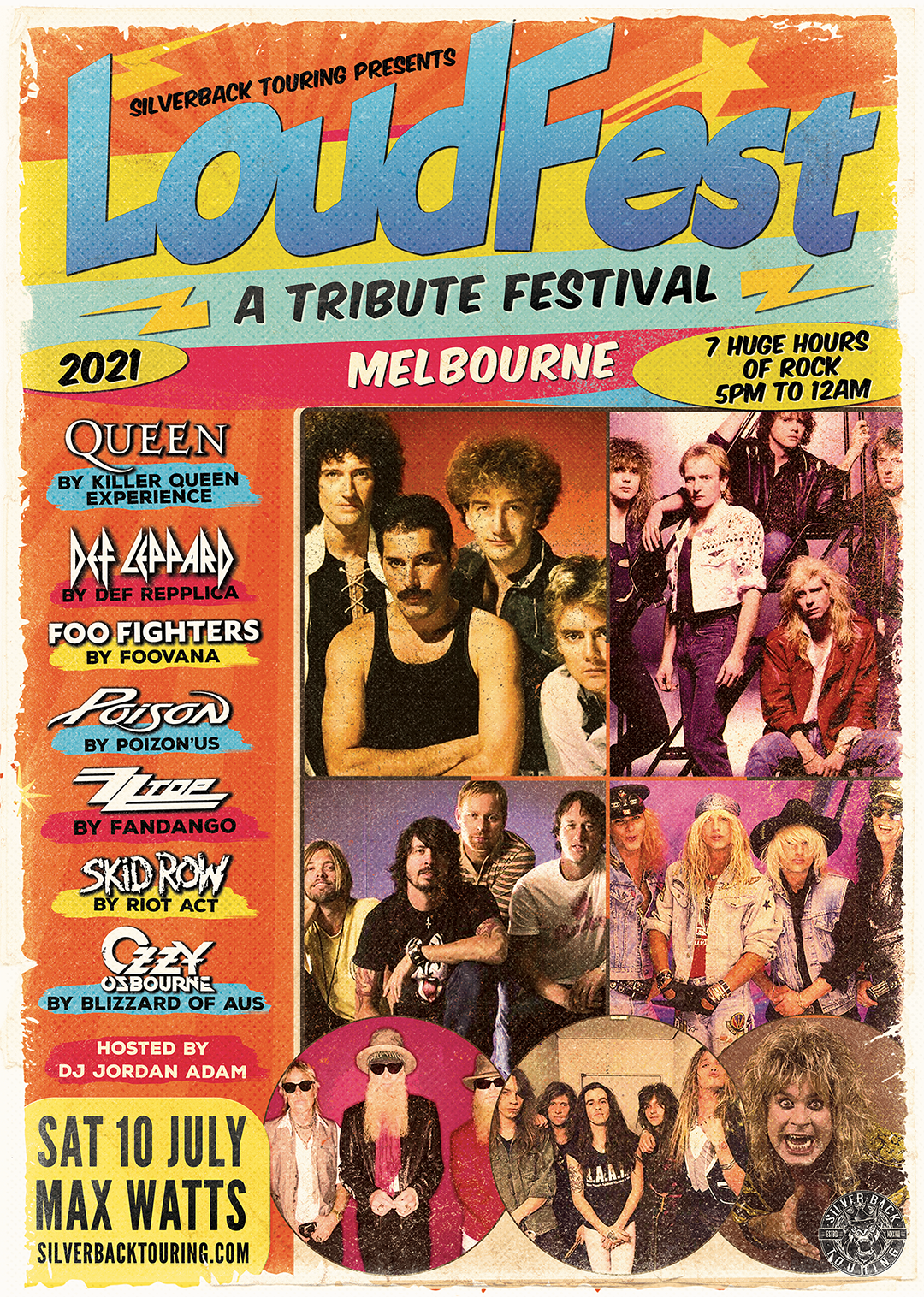 The next instalment for Silverback is “Loudfest”, a tribute festival promising punters 7 hours of rock spanning generations. Bazzi explains, “the point of difference with Loudfest is the variety in the acts. This is a rock show first and foremost but it is not exclusively targeting a single sub genre of rock. It features everything from classic rock to hard rock, modern day rock and blues based rock”.

The first instalment, in Melbourne, is led by one of Australia’s heaviest hitters in the tribute space. The Killer Queen Experience who have received world recognition for their authentic portrayal of Queen. The line up is rounded out with tributes to Def Leppard (by Def Repplica), Foo Fighters (by Foovana), Poison (by Poizon’us), ZZ Top (by Fandango), Skid Row (by Riot Act) and Ozzy Osbourne (by Blizzard of Aus).

Loudfest plays in Melbourne at Max Watts on Sat 10 July 2021 with shows in Sydney, Brisbane and Perth to be announced.