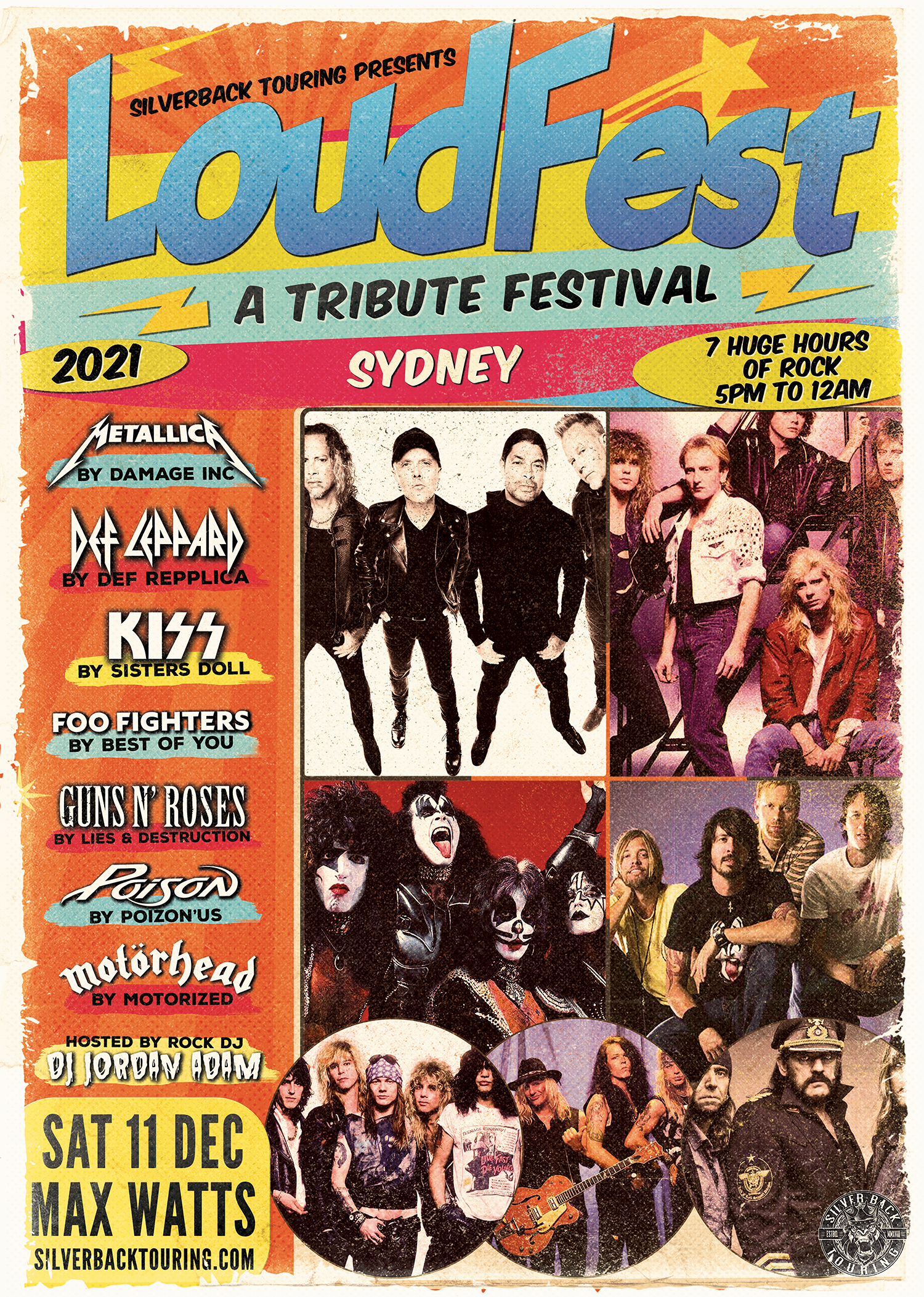 The next instalment for Silverback is  “Loudfest”, a tribute festival promising punters 7 hours of rock spanning generations. With Melbourne already announced and nearing a sell out, Sydney now gets its turn for a hit of nostalgia and loud rock ’n’ roll.  Bazzi explains, “the point of difference with Loudfest is the variety in the acts. This is a rock show first and foremost but it is not exclusively targeting a single sub genre of rock. It features everything from classic rock to hard rock, modern day rock and blues based rock”.

Loudfest plays in Sydney at Max Watts on Sat 11 December 2021.

*Line up and line up order subject to change.