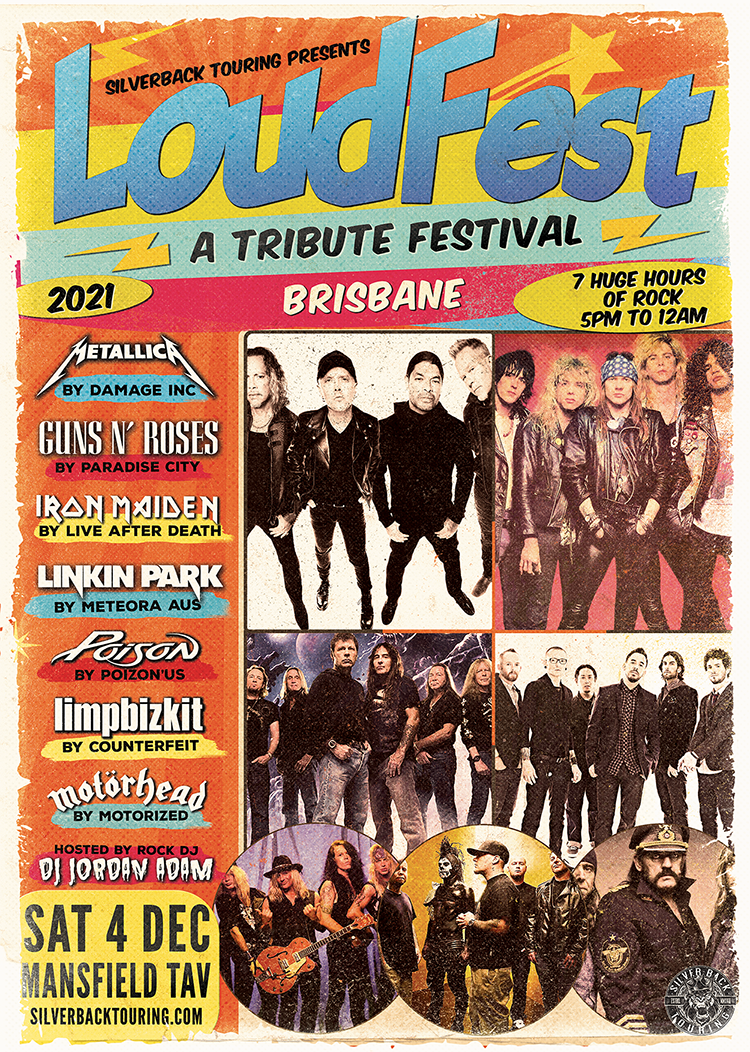 The next instalment for Silverback is  “Loudfest”, a tribute festival promising punters 7 hours of rock spanning generations. With both Melbourne and Sydney already announced and nearing sell outs, Brisbane now gets its turn for a hit of nostalgia and loud rock ’n’ roll.  Bazzi explains, “the point of difference with Loudfest is the variety in the acts. This is a rock show first and foremost but it is not exclusively targeting a single sub genre of rock. It features everything from classic rock to hard rock, modern day rock and blues based rock”.

The Brisbane leg of the festival is led by the mighty Damage Inc who are regarded as one of the world’s leading Metallica shows.  They are joined by tributes to Guns N' Roses (by Paradise City) , Iron Maiden (by Live After Death), Linkin Park (by Meteora Aus), Limp Bizkit (by Counterfeit) and Poison (by Poizon’us). The show is hosted by rock DJ, Jordan Adam.

Loudfest plays in Brisbane at Mansfield Tavern on Saturday 4 December.

*Line up and line up order subject to change.