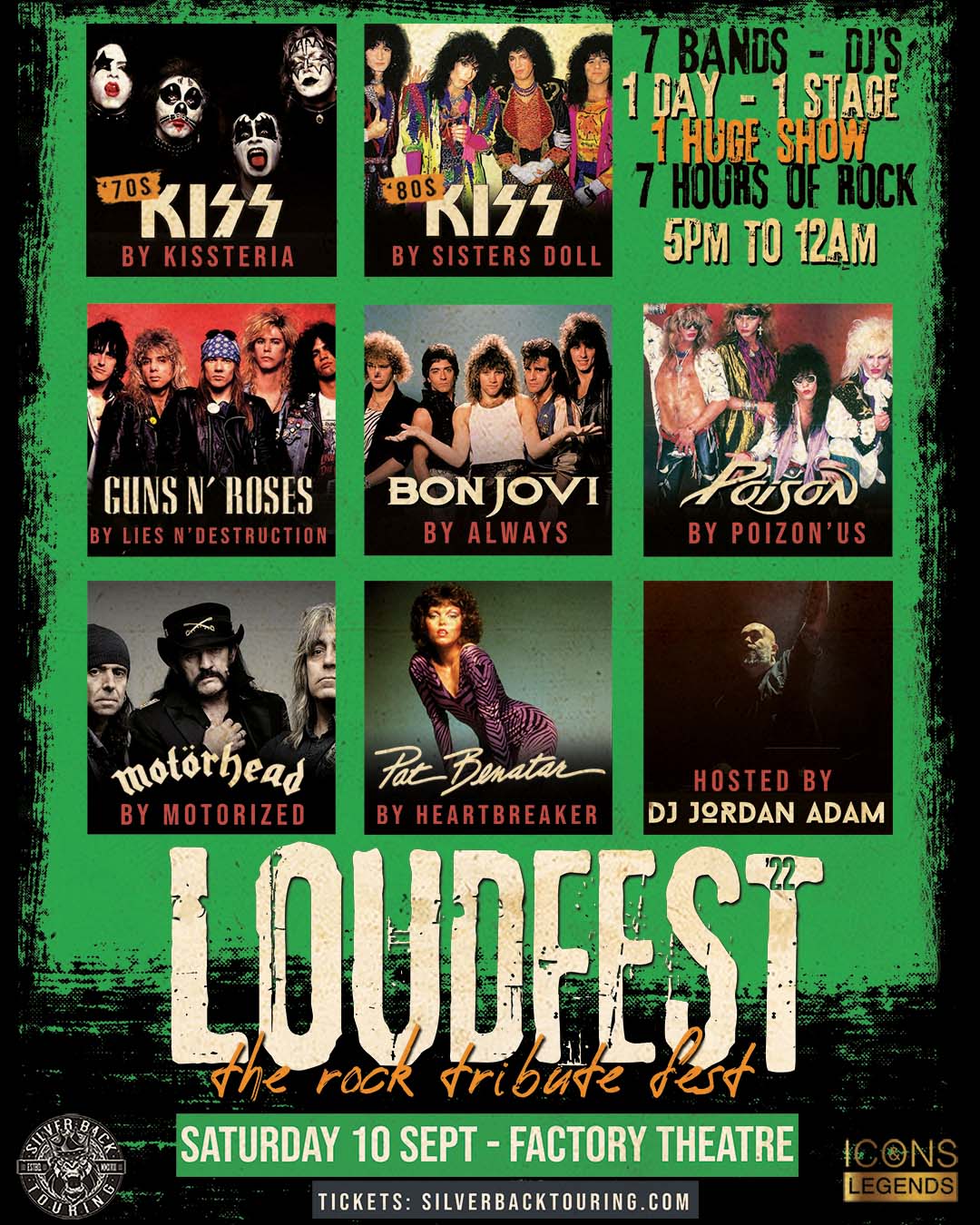 Tribute shows are experiencing a major resurgence in Australia with music fans flocking for a fix of nostalgia at any given opportunity.

Leading the pack on the rock side of things are Silverback Touring, under their Icons & Legends brand, with a range of conceptualised touring tribute shows as well as their flagship tribute festival, Loudfest.

Following successful events in Sydney, Melbourne and Brisbane in 2021, Loudfest returns to Sydney for its 2022 edition packing a punch and a massive dose of nostalgia which leans towards the golden age of debauchery in rock, the ‘80s, and a jam packed show guaranteed to be full of  anthems and hits.

The show is headlined with some serious Kiss flavour with a revisit of the 2021 Kiss Off shows by one of the worlds leading Kiss tribute shows, “Kissteria”, performing a set of classic ’70s Kiss complete with stage show, costumes and all the flair of Alive era Kiss. They are joined by Melbourne glam rockers Sisters Doll who spark up their unique ’80s Kiss tribute show following a stint in the USA playing alongside Kiss alumni: Ace Frehley, Bruce Kulick, Vinnie Vincent and Peter Criss.

Joining them are three of Sydney’s finest tribute shows in “Lies N’ Destruction” (Guns N’ Roses tribute), “Always” (the Bon Jovi tribute in their first ever Old show) and fan faves,  “Poizon’us” with their Poison tribute.

The bill is rounded out by new comers “Heartbreaker” who pay tribute to the legendary Pat Benatar and the loudest tribute show in Australia, “Motorized” (from Brisbane and in their first Sydney show) with their brilliant take on the legendary Motorhead.

The show is hosted by rock DJ, Jordan Adam.

On curating the bill for Loudfest, Silverback Touring head, Danny Bazzi, says: “We wanted a diverse bill and not just a show stacked with bands from one era. That’s what Loudfest is about. If this was a festival line up, with the original bands, punters would salivate at the thought”.

Loudfest plays in Sydney on Saturday 10 September at The Factory Theatre.