(hed) p.e. return to Australia for an encore run of shows following their successful tour in 2018 (their first in 5 years), thanks to Silverback Touring. The demand from fans was overwhelming. This time they are bringing Florida’s dynamic crossover metallers NONPOINT with them.

Fusing rock, punk, rasta, gansta rap and soul into something truly unique (and affectionately known as G-Punk), (hed) p.e. have been a mainstay in the rock and metal community since forming in 1994.

Over the course of their career the band have continuously attempted to bring down the New World Order and the global elite via their socially aware and enlighten lyrics. Bringing attention to the evils that go on around us and control our lives. In 2019 this is more relevant than ever! (hed) p.e. are the voice for a movement that empowers youth and explores secret world history, and at the same time promotes unity and political activism.

The great news for fans is that (hed) p.e. is that they are readying the release of their new album ‘Stampede’ their first new album since 2016’s ‘Forever!’. The new music has been receiving rave reviews in their live shows this year and should be a real treat for Australian fans.

Couple that with their poundage riffage, solid grooves and funk infused rhythms, you can dance your ass off while simultaneously tearing down the establishment!

After 20-plus years, ten full-length releases, countless sold out shows, and over one million albums sold worldwide, NONPOINT endure through sustaining an unbreakable bond among themselves and to a diehard fan base all over the globe.

Since their 1997 formation in Fort Lauderdale, FL, their ‘’give it all until the wheels come off’’ mindset has fuelled every move. Signature grooves hit with haymaker force bolstered by hip-hop cadences, thrashed-out six-string precision, and unshakable melodies boosted by a hypnotic hybrid of deft lyricism and crushing hooks

NONPOINT return to Australia for the first time since Soundwave 2015.

This double bill is something to behold, two of the best live bands on the planet, one after the other delivering their own individual melding of Nu Metal, Hip-Hop and intense Rock with pure power and aggression that will pull every last drop of energy from the rabid crowd. 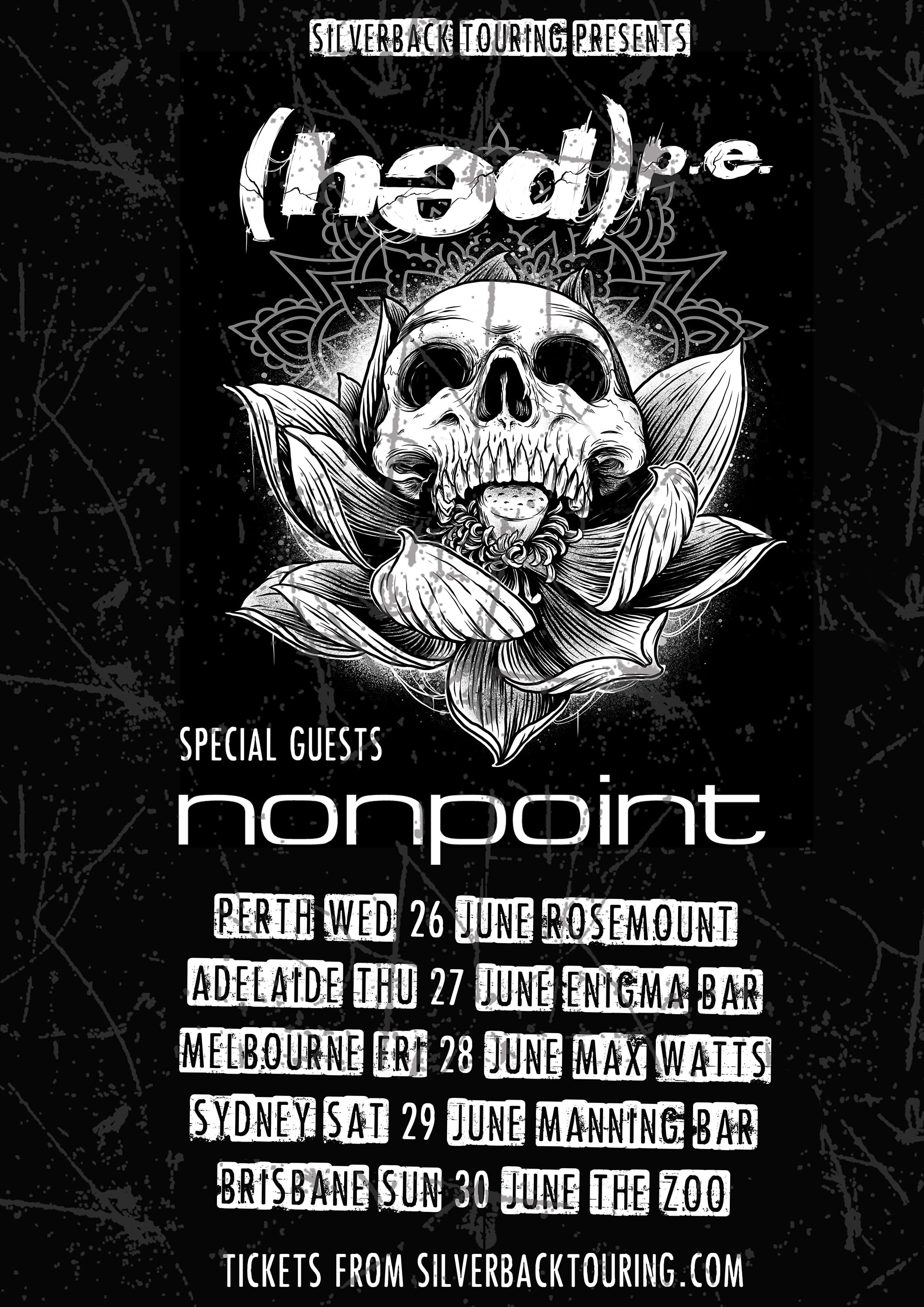