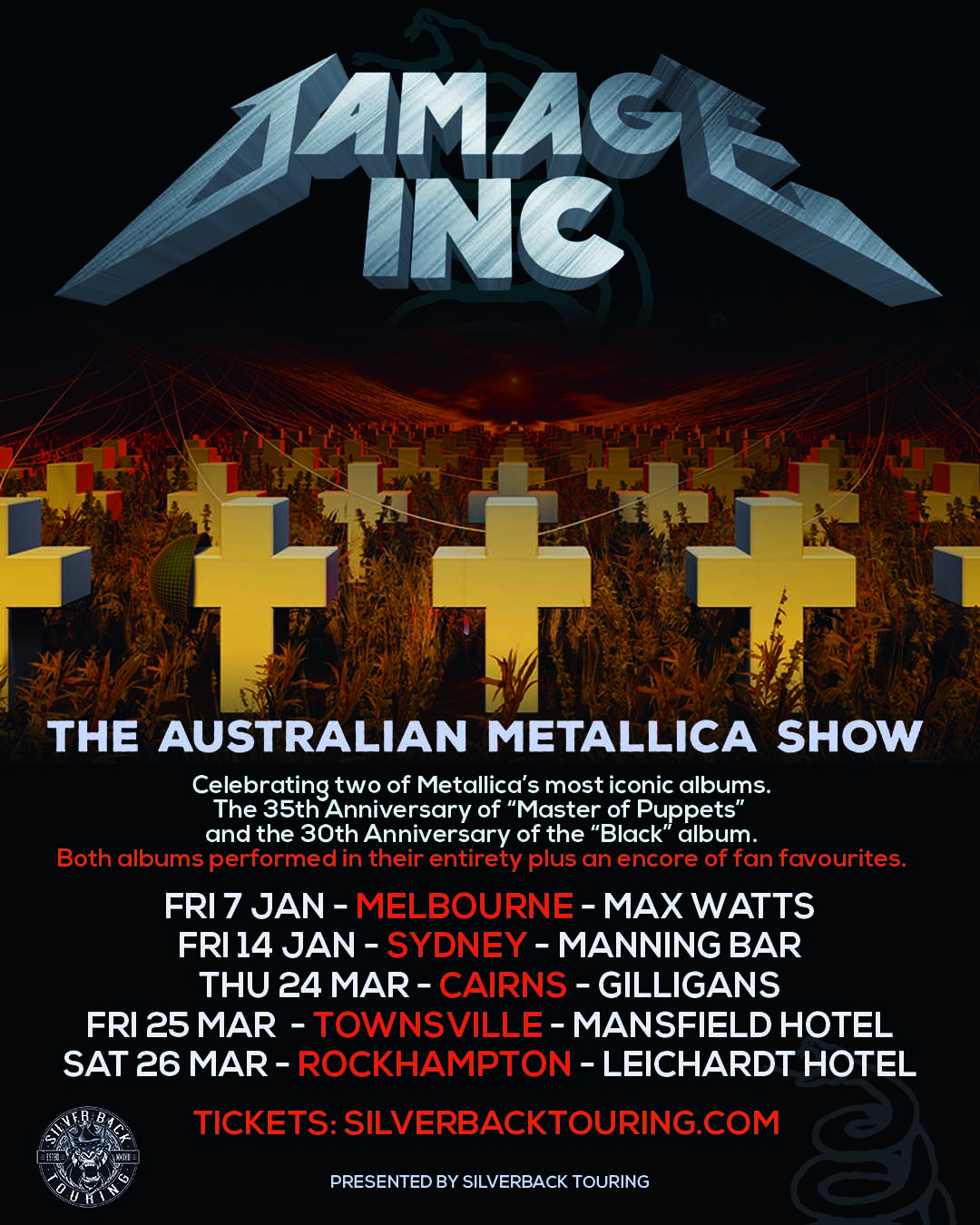 With more certainty around borders, the band will be touring North Queensland in March 2022.

Existing tickets remain valid for the new dates. If you cannot make the new dates, you may seek a refund from your point of purchase subjecting to some processing conditions.

They don’t come much bigger than Metallica. Now celebrating their 40th anniversary, the metal giants have released many classic albums and play an integral part in the history of heavy music.

Two such albums are “Master of Puppets” released in 1986, and the self titled “Black”, album, released in 1991. Both are monster albums in their own right and defining moments in Metallica history.

In 2021, both albums enjoy milestone anniversaries, the 35th and 30th anniversaries respectively and what better way to celebrate these iconic albums than with a tribute show dedicated to both, in their entirety.

Damage Inc. is one of Australia’s longest running tribute shows and, arguably, the premier Metallica tribute show in the region. For 17 years, the band has been keeping the Metallica flame alight for local audiences with hard hitting, energetic, live shows replicating the Metallica sound, note for note.

Most recently the band embarked on orchestra shows with a 24 piece orchestra delivering Metallica’s “S&M” set to sold out theatre crowds in Sydney and on the Gold Coast.

Now with the Master of Puppets and Black anniversaries, the band is gearing up to take their powerhouse show on the road, and around Australia, in some of the country's finest rock venues.

Damage Inc will perform both albums plus an encore of fan favourites, in a show that an absolute must for any Metallica or metal fan.