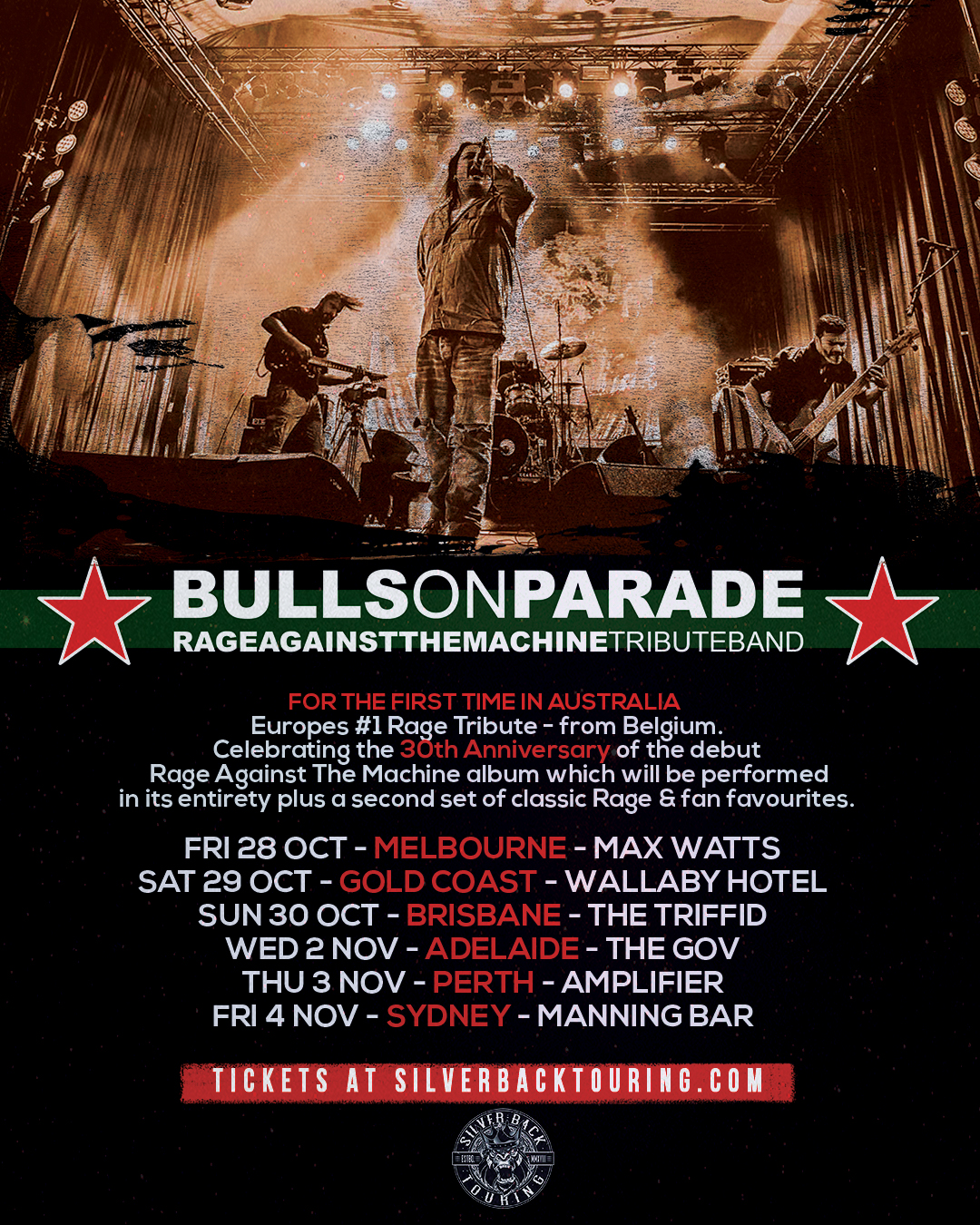 BULLS ON PARADE (BELGIUM) -RAGE AGAINST THE MACHINE TRIBUTE

The ferocity, soundscape and flow of Rage Against The Machine is not easy to replicate.

Belgium's “Bulls On Parade” have been doing so for almost two decades as one of the worlds longest running RATM tribute shows.

A festival mainstay across Europe, they have earned a reputation as Europe’s leading Rage show, so authentic  is their show that it earned them a nomination as one of the worlds worlds best tribute shows at the prestigious LA Music Awards.

As Rage fans await the return of the group to Australia on their reunion tour, “Bulls On Parade”  head down under for the first time ever to provide fans with the perfect appetiser in a show encompassing all of the RATM hits, fan faves and a few rarities for good measure.

This is a show not to be missed if you are a Rage fan or just a fan of damn good music.