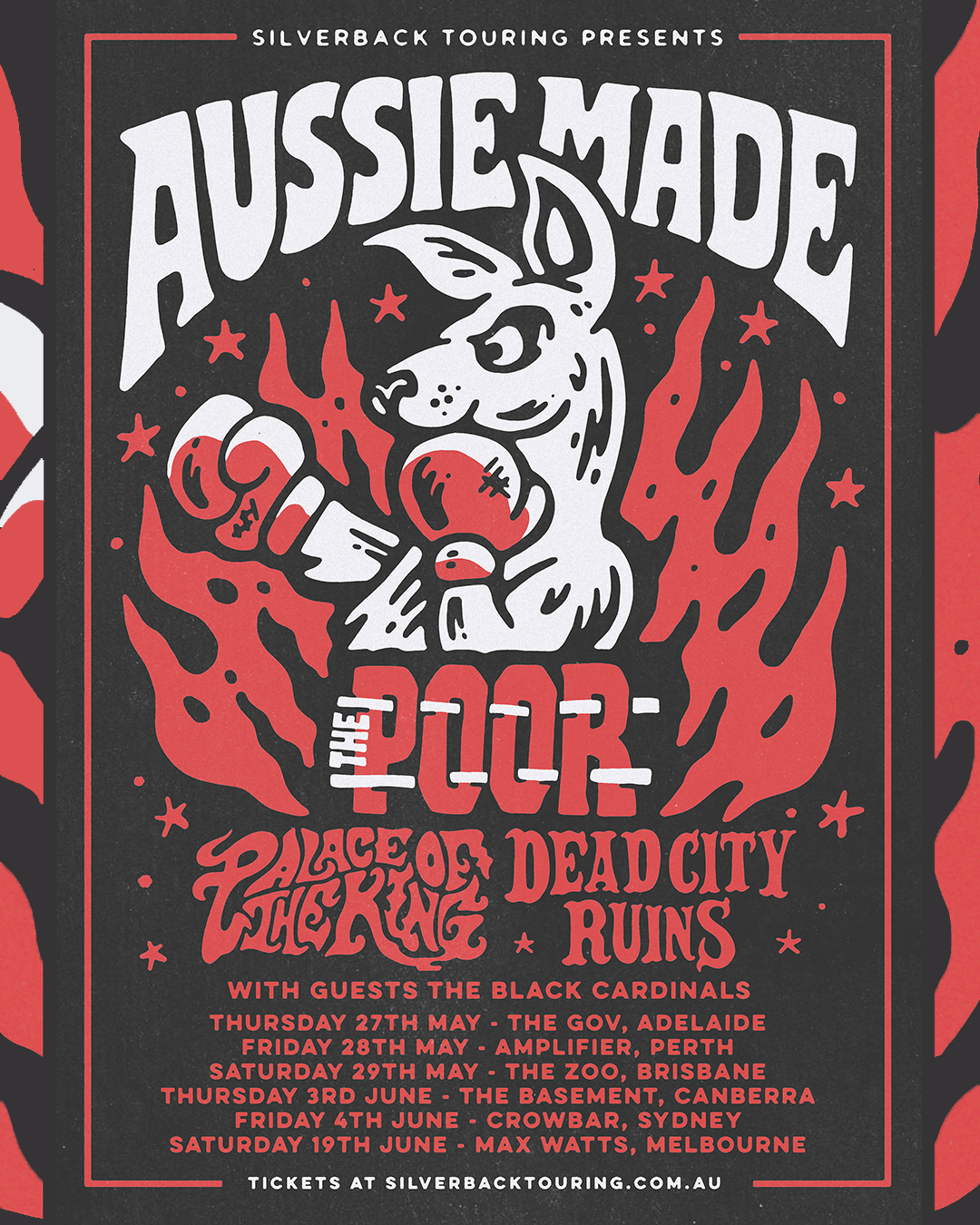 THE POOR - palace of the king

SILVERBACK TOURING knows the importance of live music, the effect it has on us all and the fact it’s something we have been sadly missing due to a Global Event that none of us would ever had predicted. Now it’s time to get the live industry back and firing.

‘’The local scene has always been high on our agenda. Our bands are world class and we are over the moon at the opportunity of being able to produce a National Tour with some of our best home-grown talent. Our vision is for this tour to be annual or bi-annual and it is to be used as the perfect opportunity to showcase just how solid Australian rock 'n' roll is; to current fans of the genre and new fans alike.’’ – SILVERBACK TOURING.

The ‘’Aussie Made’’ dates are proceeding in May and June, however, due to an unforeseen scheduling issue Electric Mary are unable to appear. They have been replaced by legendary rock act THE POOR, and in addition, heavy blues rock band, THE BLACK CARDINALS have been added to the bill!

Some of Australia’s Best Rock Acts THE POOR, PALACE OF THE KING, DEAD CITY RUINS and THE BLACK CARDINALS get together to reignite the live scene, which is slowly wakening from its forced slumber.

Please note: The Adelaide show has been postponed and the Perth and Canberra shows has been cancelled.