When you think of Hollywood’s infamous ‘80s rock ‘n’ roll scene, it won’t take long before you turn your mind to Faster Pussycat. Led by the incomparable Taime Downe, Faster Pussycat was formed in Hollywood during its ‘80s glam metal boom.

As a mainstay of the live L.A scene, and featured on the Decline of Western Civilisation 2 – The Metal Years, the band was more in line with the rawness of Guns ‘N’ Roses and Motley Crue rather than the polished pop finish of Poison and Warrant.

Their 1987 self-titled debut featured the hits, “Don’t Change That Song”, “Bathroom Wall” and “Cathouse”. Their follow up in 1989, “Wake Me When It’s Over” saw the band experience their greatest success driven by the worldwide hit single, “House of Pain”. That album also featured fan faves, “Where Theres a Whip There’s A Way”, “Poison Ivy” and “Pulling Weeds”. In 1992, the band would release the final album with their classic line up, “Whipped”. The consistency of solid songwriting and catchy hooks continued with Whipped and included live staple “Jack The Bastard”.

Downe took the band on an experimental phase at the turn of the millennium with a heavier industrial tinged sound on  “The Power And The Glory Hole” which was released in 2006. The band toured Australia off the back of that album, on their first ever visit, in 2008.

Now, eleven years later, Faster Pussycat return to Australia, in February 2019, for a series of shows which will please long time fans of the band. With the exception of Ace Von Johnson on guitar, who joined the band in 2010, the band features long time stalwarts Xristian Simon (guitar), Danny Nordahl (bass) and Chad Stewart (drums), who have been with the band since 2001.

Together with a consistent line up and boasting approximately 200 live shows a year, both Taime and Faster Pussycat are sounding better than ever. The band has promised their long time fans a live show full of classic hits across the first three albums of the bands career. This is a show not to be missed. 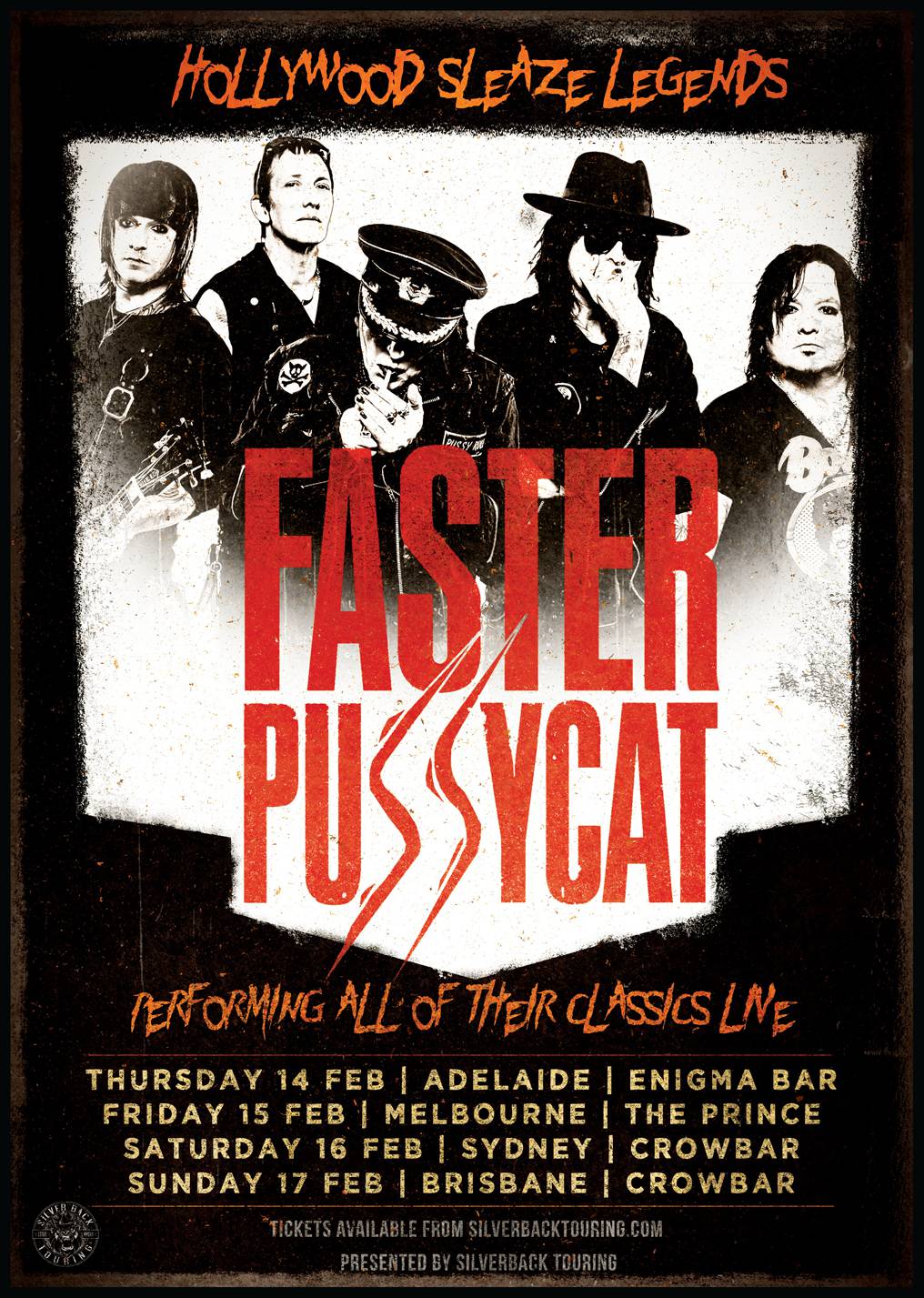